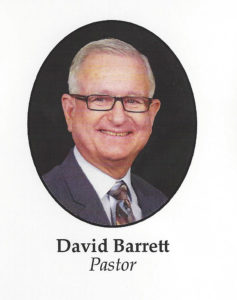 Let’s begin with some facts about February:  February marks the lunar New Year, also known as Chinese New Year…
February 2nd is Groundhog Day—-the day we find out whether Winter will last six more weeks or ‘call it quits’, early…
February 12th is Abraham Lincoln’s Birthday…
February 14th is always Valentine’s Day…
February 15th is Susan B. Anthony’s Birthday…
February 21st brings Presidents’ Day, a federal holiday is also known as Washington’s Birthday that is celebrated on the third Monday in February.  (George Washington’s actual birthday is February 22nd!)
February is the only month to have a length of fewer than 30 days! Though it is usually 28 days, February is 29 days long in leap years such as 2020 and 2024.

Can you add some more facts about February?  (Your birthday doesn’t count).

OK, let’s get a little more serious.  There are some facts from the Bible we all should know.  For instance:

1. When Jesus laments over Jerusalem, what does He compare Himself to when He says what He would have done for the people there?
2. Who said, “Can anything good come out of Nazareth?”
3. What restriction did the law place on clothing fabrics?
4. Who made a new robe for her son each year and took it to him when she and her husband went to Shiloh to make their yearly sacrifice?
5. When the Promised Land was divided among the tribes of Israel, which tribe settled on the area which included Jerusalem?
6. Which city took seriously as the “temple keeper of the great Artemis”?
7. What was the occupation of Aquila and Priscilla?
8. Where did the apostle Paul live for two years at his own expense, proclaiming the kingdom of God and teaching about the Lord Jesus Christ?
9. What does the Lord want from His people instead of festivals, “solemn assemblies” and offerings?
10. How does Jesus say charity should be given?

Jesus said, “If anyone desires to come after Me, let him deny himself and take up his cross daily and follow Me” (Luke 9:23, NKJV).